How To Succeed As A New Manager

For accountants and professional people generally there is a pretty traditional career path.  You perform well as a practitioner, you get identified as an up and coming talent and before you know it you are a manager.

So far so good you might think.  The thing is many people, especially accountants and professionals struggle when they move into management roles. 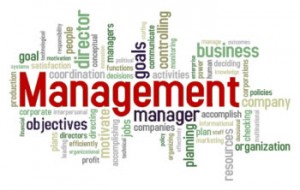 So what should you do to increase the chances of being successful as a new manager?

Acknowledge that it is a different role

As a practitioner your effectiveness was judged on your own ability to get things done through your own efforts, skills and application.

As a manager your success is largely determined by how effective you are at achieving results through and with others.

Make sure you keep this at the forefront of your mind.

Get to really know your team

All too often it is easy to fall into the trap of just focusing on people’s skill set rather than focusing on them as an individual.

Involve the people in your team

You obviously have to make the final decision about what to do or how to respond in a specific situation.

On the other hand achieving results is usually going to depend in several people working together.

If you involve them in discussions about options they are much more likely to get behind the final decision, even when it is not the decision they would have made.

Don’t make change for the sake of it

You may well want to make your mark.  At the same time you don’t want to be fixing something that isn’t broken.

Bide your time.  There will be plenty of chances to make change so you don’t need to do it all right now.

This is rarely a great strategy.

Determine yourself what is priority

Plenty of people (including your boss) will want to tell you what your priority areas should be for fast action.

By that I mean be willing to watch, listen and learn rather than launching into action.

Never underestimate the importance the your team

So often I see new managers neglecting people and their teams and are surprised when they have issues with co-operation.

People are your real assets.  Don’t neglect them

Previous Post Are You Making This Mistake In Preparing For Job Interviews? Next Post Book Review: Project Leadership by Sarah Coleman and Donnie MacNicol