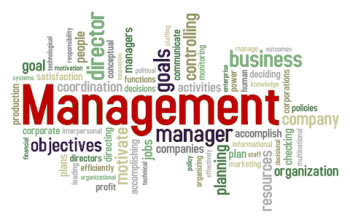 10 Things You Want To Avoid As A Manager

You want to be an effective manager, right?

Trouble is there are plenty of professional people who step up to being a manager and find it a struggle.

1. Trying to do all of the tasks you did before you became a manager. You simply don’t have enough time to operate like that.
2. Assuming you are the best at everything. In truth you won’t be the best at everything. Play to your strengths and build a team around you who are better in areas where you are weaker.
3. Being indecisive. You will make decisions and some of them will be wrong. Accept this and don’t allow indecision to be your downfall.
4. Passing the buck. It might not be fair but at the end of the day you’re accountable for delivering results. It goes with the territory of managing.
5. Ignoring performance issues. They never go away. Deal with them rather than allowing them to become bigger issues.
6. Taking the credit for what’s achieved. A much better option is to praise your team.
7. Trying to motivate everyone in the same way. It’s much better to learn what brings out the best in others and then tailoring your approach to each individual’s preferences.
8. Being inconsistent. It’s tough for those who you manage if you’re inconsistent in your approach.
9. Lacking confidence. You might well be unsure but you don’t want to make that element of doubt show through.
10. Not learning from mistakes. Making mistakes in itself is not a bad thing. The key is to ensure that you learn from them and don’t repeat the same mistakes.

Any of these sound familiar and what others would you add based on your own experiences?